Are we biting the hand that feeds us? Knowing the Filipino farmer—their struggles and aspirations

by Lois Mauri Anne L. Liwanag
Bachelor of Science in Development Communication
Visayas State University
Waking up in the morning greeted by the inviting smell of freshly cooked rice for breakfast, drinking a bottle of cold buko juice on a warm summer afternoon, or coming home to a piping hot serving of sinigang loaded with fresh vegetables for dinner—these are only some of the many best things in life that most privileged Filipinos take for granted.
Ironically enough, the persons who worked hard for the food served on dining tables are the very ones who are unable to eat a proper meal three times a day.
Knowing the Filipino farmer
According to Asterio Saliot, the former director of the Department of Agriculture-Agricultural Training Institute (DA-ATI), the average age of a Filipino farmworker is 57, with an average level of education of grade five, working on an average of a 1.5-hectare farm.
Their job is not limited to planting vegetables or fiber. They engage in agriculture which involves cultivating field or specialty crops, handling orchards or vineyards, and raising poultry or other livestock for food, fiber, and raw materials. The crops that they mainly focus on cultivating in the country include rice, corn, coconut, sugarcane, bananas, pineapple, coffee, mangoes, tobacco, and abaca.
The said farmer receives less than half of the wage an average Filipino worker earns; they only produce one-sixth of the value of output produced by a worker in the industry. With lower wages and even much lower productivity, farmworkers make up two of every three of the country’s working poor (Habito, 2018).
Farmers in the Philippines are generally poor and marginalized, unlike the ones in nations like the United States, China, Japan, and Thailand, where they are given more credit, resources, and most especially—respect. 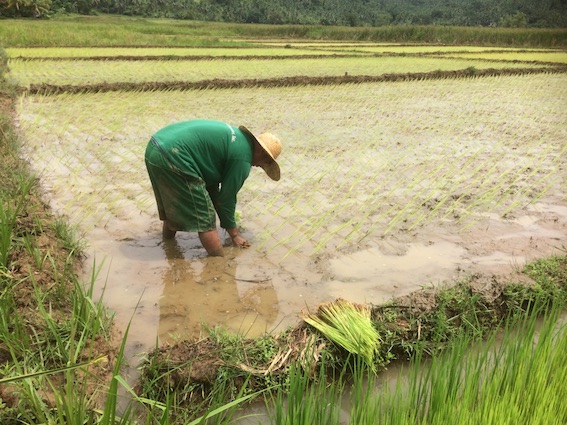 A rice farmer in Eastern Samar
Struggles
Despite being in an agricultural country, Filipino farmers remain as one of the poorest sectors in the Philippines, with the highest poverty incidence in 2015 at 34.3 percent, according to the Philippine Statistics Authority (PSA). This ironic fact has been the reality of the people who feed the population and keep the economy alive.
At present, some farmers are said to believe that there is more money with education. In hopes of continuing under the agricultural sector, they send their young ones to school in order to gain more knowledge and skills. Unfortunately, the younger generations turn away from agriculture with their favor leaning towards livelihoods far from the hardship of being under the sun or soaking in dirt and mud.
On the other hand, there are also some farmers who let their children help in the field as soon as they start to learn how to lift or till. As a result, there is a multitude of Filipino farmworkers who are not aware of the illegal or harmful farming practices they do because of inadequate proper education. They perform kaingin or slash-and-burn and apply excessive inorganic pesticides and fertilizers, thinking that these are the normal things to do since they have already grown used to it or they have already been doing this ever since.
Apart from this, some of the common problems of the Filipino farmer that causes them to experience poverty, unproductivity, and marginalization are: 1) insufficient government support, 2) inequality in land distribution, 3) unfair trade practices, 4) increasing population growth, 5) natural calamities, 6) unpredictable market demand, and 7) armed conflicts specifically in Mindanao.
Aspirations
The opportunity to interview some farmers and other agricultural workers arose at the Farmers’ and Fisherfolks’ Day held last April 27, 2019, as a part of the celebration of Visayas State University’s Anniversary.
Several of them were asked one common question: Ano ang kaunlaran para sayo? [What is development for you?]
The said interview was supposedly a requirement for a project in a Development Communication course. However, it unexpectedly reflected some of the farmworkers’ vision and aspirations:
“Kaunlaran? Syempre pagsaka o pagtanim sa sariling lupa, sa Pilipinas.”
[Development? Of course farming or planting on one’s land, in the Philippines.]
“’Yung hindi na natin kailangang humingi ng pananim ng ibang bansa.”
[When we no longer have to ask for the crops of other countries.]
“Para sa’kin, maunlad na siguro kung hindi na kailangan gumamit ng fertilizer at pesticide sa pagtanim.”
[For me, it would have been better if there was no need to use fertilizer and pesticide for planting.]
“Mapagtapos (ng pag-aaral) mga anak ko at matulungan pa mga kapatid ko.”
[To make my children graduate (from school) and help my siblings more.]
Contemplating on these answers, it is quite evident that farmers desire simple yet impactful things. Amidst the countless criticisms and suggestions from politicians, academicians, and even citizens in order to improve the country’s agricultural sector and the farmers’ way of living—the answer seems so light and easy in the eyes of these hardworking people. They simply need and want a better quality of life for themselves, for their families, and if possible, for the whole nation.
Receiving enough funding and support from the government, legally acquiring the land originally deserved, selling hard-earned products at a just and reasonable price, and experiencing a more proper and formal education—these are only some of the many other aspirations in life that most unprivileged Filipino farmers yearn for every single day.
Ironically enough, the persons who have the capability to make these dreams a reality are the very ones who are causing the farmers’ adversity.
References
Agriculture. (n.d.). Retrieved from https://pinas.dlsu.edu.ph/gov/agriculture.html
Domingo, L. (2016). Official backs IPs 'kaingin' system. Retrieved from https://www.manilatimes.net/official-backs-ips-kaingin-system/300504/
Filipino farmers- a dying breed? (2013). Retrieved from http://www.thenewhumanitarian.org/feature/2013/02/26/filipino-farmers-dying-breed
Habito, C. (2018). Our lowly farmworkers. Retrieved from https://pids.gov.ph/pids-in-the-news/2302
Inorganic Fertilizer: Advantages and Disadvantages. (2019). Retrieved from https://agrihomegh.com/inorganic-fertilizer/
Pesticide classifications and formulations. (n.d.). Retrieved from http://westnile.ca.gov/special/category_a/?page=Chapter2.htm
Philippines-Agriculture. (n.d.). Retrieved from https://www.nationsencyclopedia.com/economies/Asia-and-the-Pacific/Philippines-AGRICULTURE.html
Note:
This article was submitted by the author as a class requirement in AgSci 11, Dept of Agronomy, VSU
Posted by Victor B. Asio at 9:50 PM No comments:

Where have all the students gone?

In March 2020 last year, because of the worsening Covid-19 pandemic, the Philippine education officials suspended the classes in all schools, and students were advised to go home. Suddenly, the normally vibrant university and college campuses have turned into empty and lonely places. At the Visayas State University in Baybay City, Leyte, where more than half of the university student population reside in dormitories inside the campus, the impact of the indefinite suspension of classes has been dramatic. The campus appears desolate. The only positive effect of the pandemic is the regeneration of the natural environment. One wonders where the students have gone, and when they are coming back. Below are some photos of some parts of the 100-hectare campus that I have taken during this pandemic: 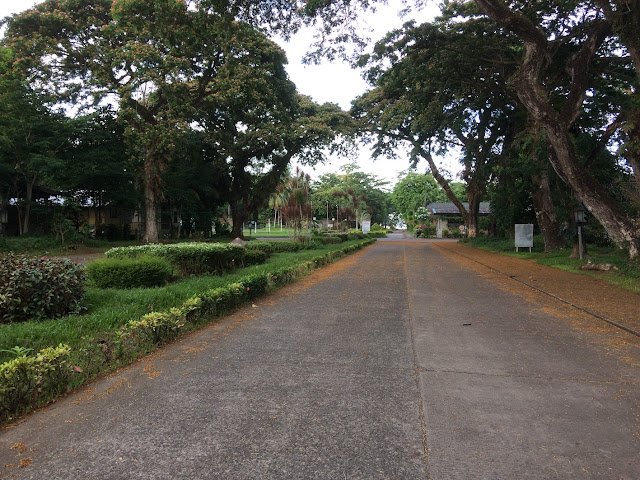 This is the main street in the lower campus after entering the gate. On normal days, traffic is heavy here. 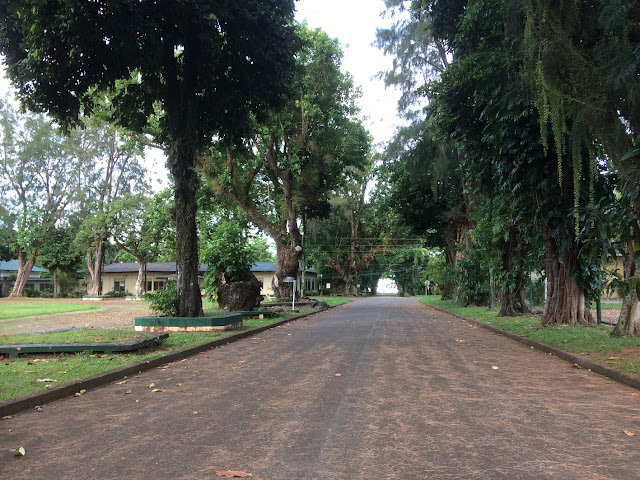 This is the old Palomaria street that goes straight to the beach, a normally busy street before
the pandemic. 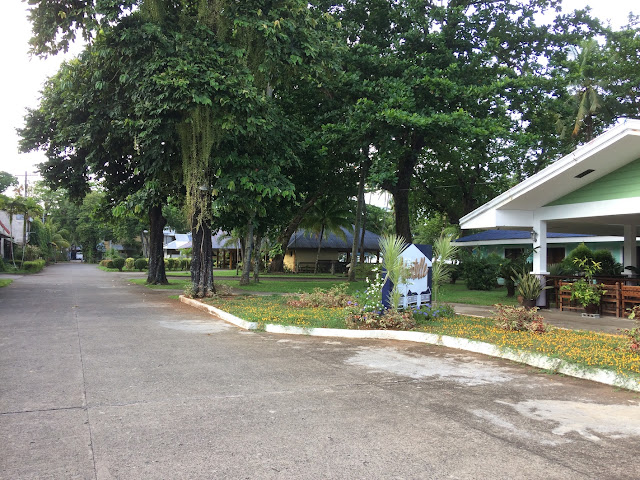 The street near the guest house, apartelle, and pavilion where tourists can be seen strolling. 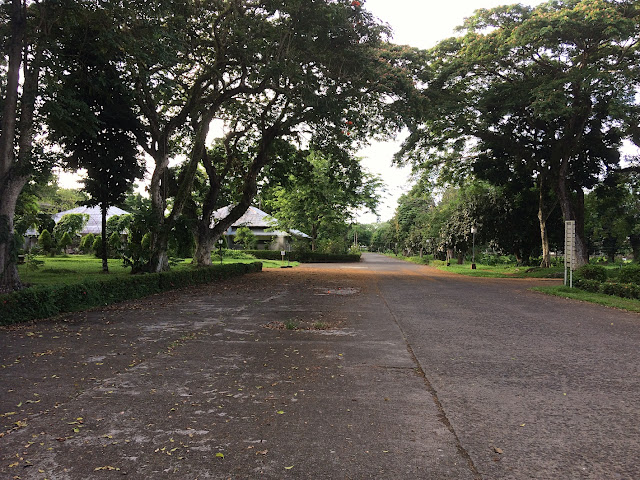 The normally very busy intersection near the Ecopark, Agronomy and Soil Science,
College of Management and Economics, and University Library. 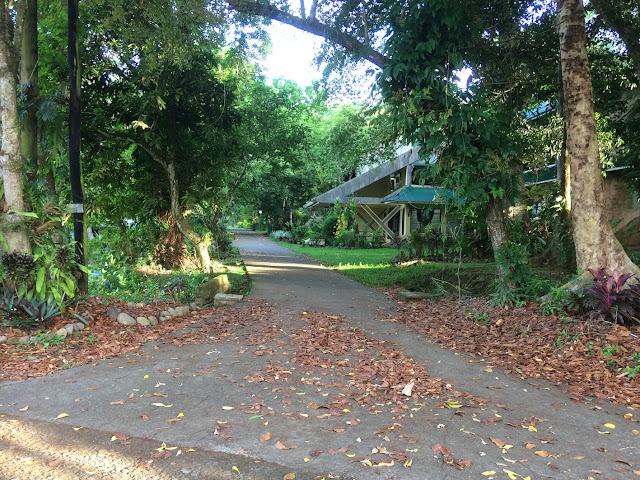 The street leading to the Cocofed dormitories. Before the suspension of classes,
students filled this street even during evenings and weekends. 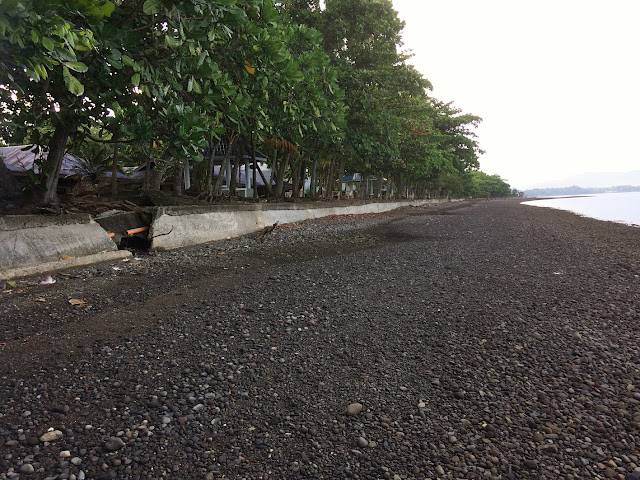 The VSU beach along the Camotes Sea. On a fine day before the pandemic, the beach
was the favorite hangout for students and tourists. 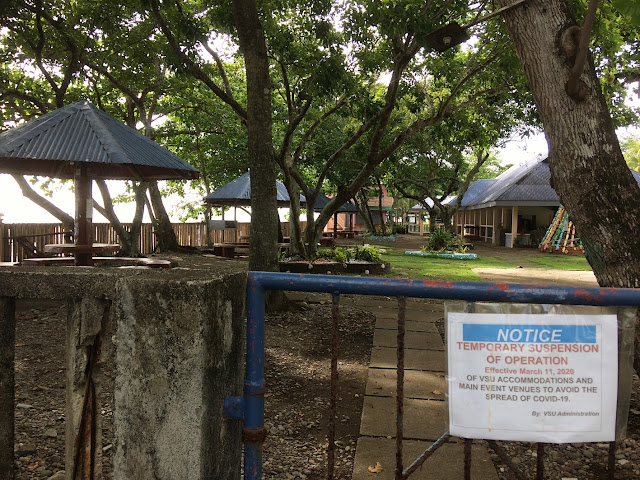 The VSU beach resort. Before the pandemic, the resort was always fully booked for weddings,
birthdays, reunions, and conferences.

The best research universities in the Philippines in 2020


Except Silliman University, all 11 universities are members of the prestigious National Science Consortium of the Department of Science and Technology-Science Education Institute implementing the Accelerated Science and Technology Human Resource Development Program (ASTHRDP) graduate scholarships. 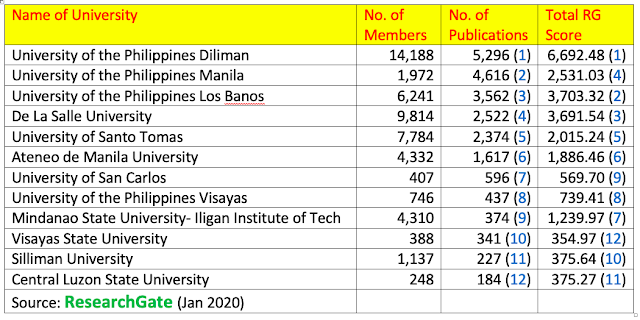 ResearchGate is the world’s largest and most popular scholarly network with over 15 million members and access to more than 130 million publications.

-----------------
Note: This is a ranking based on the research data (publications and RG score) for the Philippine universities that are available and easily accessible at ResearchGate. The author gathered the data and made the ranking. ResearchGate does not make rankings of institutions or scientists.--VBA 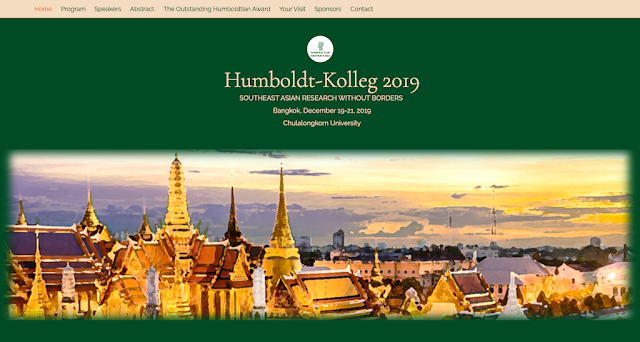 With the theme “Southeast Asian Research Without Borders”, the scientific conference was part of the global celebrations honoring the 250th birth anniversary of Alexander von Humboldt, one of the greatest and most celebrated scientists of the 19th century. It was funded by the Alexander von Humboldt Foundation and the National Research Council of Thailand.


Humboldtians are outstanding scientists who have been awarded the world-renowned Humboldt Research Fellowships (and Humboldt Research Awards for the few world-leading scientists) by the Alexander von Humboldt Foundation based in Bonn, Germany. Selections for the fellowships are highly competitive. “There are no quotas, neither for individual countries nor for particular academic disciplines. Only the excellent scientific performance of the applicant counts” (www.humboldt-foundation.de). Fellows receive support from the Foundation for life. Until now only 30 scientists in the Philippines have received the prestigious Humboldt fellowship.


Dr. Chris Bernido (Ramon Magsaysay Awardee in 2010) was one of the four Outstanding Humboldtians from SE Asia who were recognized during the conference. Dr. Asio, the president of Humboldt Club Philippines, presented a paper on the status of the Humboldt Club in the Philippines and served as a plenary session moderator. All the other Filipino Humboldtians gave oral presentations on topics in their field of research.

The conference organizers invited a few non-Humboldtian researchers from the five countries as well as professors from Germany who served as plenary speakers. Dr. Luz G. Asio from the Department of Agronomy at Visayas State University, was the sole non-Humboldtian participant from the Philippines. 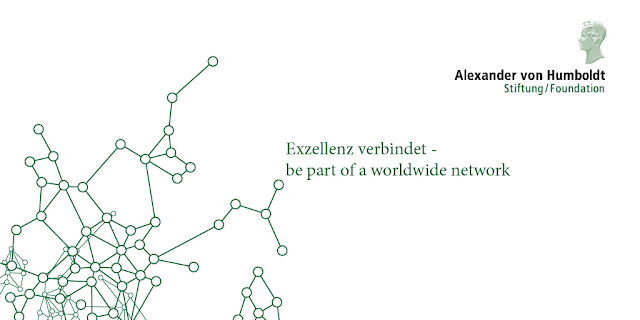 The Foundation maintains a global network of more than 29,000 Humboldtians from all disciplines in over 140 countries worldwide including 55 Nobel Laureates.